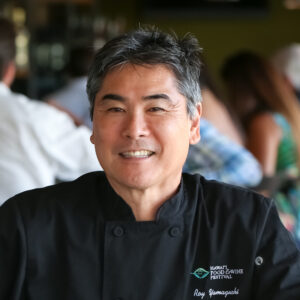 Yamaguchi was born and raised in Tokyo, Japan. After graduating from the Culinary Institute of America in New York in 1976, he accepted positions at some of the most prestigious California restaurants at the time—L’Escoffier, L’Ermitage, Le Serene, Michael’s, and Le Gourmet in the Sheraton Plaza La Reina. In 1984, Yamaguchi opened his first restaurant, 385 North in Hollywood, and in 1988 he moved to Honolulu to open the first Roy’s Restaurant.

Yamaguchi is also known as a television personality, hosting six seasons of the PBS series, Hawaii Cooks with Roy Yamaguchi. He was featured on the Food Network’s My Country, My Kitchen which took him back to his roots in Japan. Yamaguchi also competed on the first season of Bravo’s Top Chef Masters and appeared as Iron Chef Asian, in Iron Chef USA. 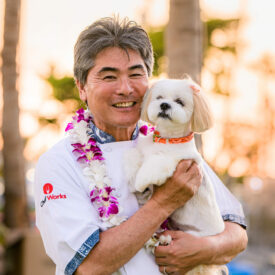 HMAA Presents Keiki in the Kitchen® with Chef Roy Yamaguchi

The BARN at the SALT at Our Kakaako