STAY TUNED FOR EVENTS THROUGHOUT THE YEAR!

Join us for Generational Cooking on Sunday, April 25 with chef Ming Tsai in his virtual kitchen for a hands-on cooking lesson for the whole family. Chef Tsai will provide step-by-step instructions on how to make Cong You Bing – a traditional Chinese dim sum flatbread dish also referred to as scallion pancakes.

Chef has chosen this favorites recipe which was bestowed upon him by his mother who also owned a restaurant, Mandarin Kitchen, in Dayton, Ohio, where he grew up. Tsai’s mom not only showed him how to make the savory traditional dish, but also taught him that hot water dough, which is the base for the pancakes, is fundamentally one of the building blocks of Chinese cuisine. 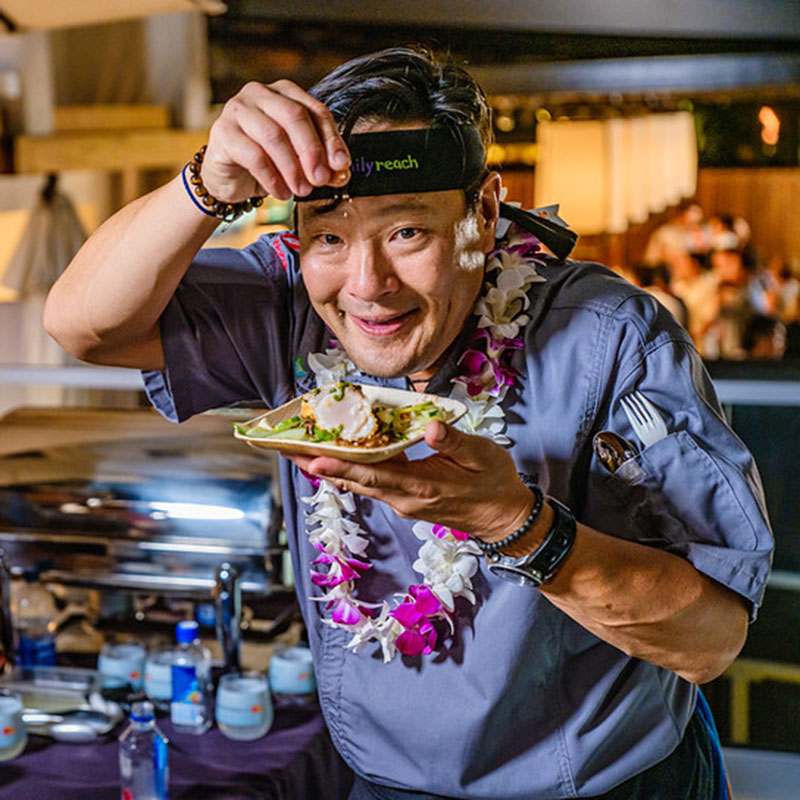 Donate to Hawaii’s agricultural, restaurant, food service and hospitality industries, and their employees.

Order your meal kit for the Cook Along with #HFWF

Have you met our friend @mingtsai? Get up close

Chef @mingtsai is teaching us step-by-step how to

Stay in the know…

Stay in the know…