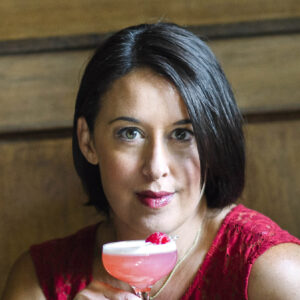 Julie Reiner has been elevating the cocktail scene in NYC for 20 years most notably with the opening of the Flatiron Lounge in 2003 which helped change the way New Yorkers drank! As co-owner and beverage director of Flatiron, Reiner drew much of her inspiration from her native Hawaii by utilizing the freshest fruits and premier quality spices & spirits available in her original cocktails. In 2008, she ventured to Carroll Gardens Brooklyn to open up Clover Club, a pre-prohibition cocktail bar and restaurant. Her beverage program at Clover is highly focused on classics, and furthers her signature style of superior quality and green market ingredients.

In 2015, Julie Reiner opened Leyenda, a pan Latin bar and restaurant with Ivy Mix, a long time bartender at Clover Club. Leyenda celebrates spirits and imbibing traditions from across the Spanish-speaking world and beyond. The drinks are complemented by authentic fare by Chef Sue Torres, a noted Latin culinary authority.

At Tales of the Cocktail 2009, Clover Club was honored with the award for “Best New Cocktail Lounge in the World”, and in 2013, took home the award for “Best American Cocktail Bar”, “Best High Volume Bar”, and she was personally awarded “Best Bar Mentor”. Leyenda received a James Beard nomination this year for outstanding beverage program, and both bars have been recognized by Drinks Internationals 50 best bars in the world.