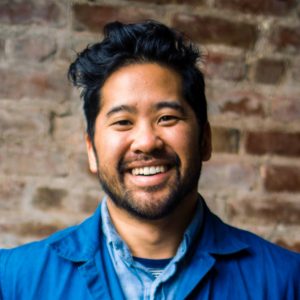 Brandon Jew is the executive chef and owner of Mister Jiu’s, a contemporary Chinese-American restaurant in the heart of San Francisco Chinatown. Mister Jiu’s combines the local, seasonal and organic bounty of the Bay Area together with classic Chinese techniques and flavors. The restaurant celebrates its place in the historic neighborhood working to evolve and define Chinese-American cuisine in the Bay Area.

Jew’s training spans from Bologna, Italy to Shanghai, China and many restaurants within the Bay Area. He considers Judy Rodgers (Zuni Café), Michael Tusk (Quince) and his grandma, Ying Ying, to be his most influential mentors.

Jew has appeared in the New York Times, Wall Street Journal, Mind of a Chef, Ugly Delicious, Taste the Nation and Vice Munchies. His honors at Mister Jiu’s include one Michelin star, Bon Appétit #3 Restaurant on Hot 10 2017, SF Magazine Chef of the Year and James Beard Award nomination for Best Chef West 2018, 2020, 2021.

Brandon Jew is the co-author of the book Mister Jiu’s in Chinatown, nominated for a James Beard Award.