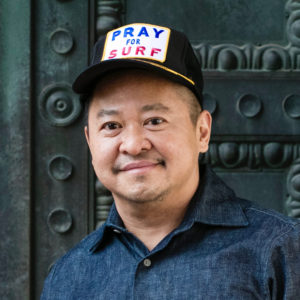 Eating and cooking are Pichet Ong’s hobby and heartbeat.  As a chef, Ong combines fond flavors of his childhood and travels with classic techniques to create sweet and savory foods that are pure, whimsical, and experimental, yet nostalgic.  His food can be found worldwide, from New York to Sydney, Istanbul to Beijing, Tokyo to Washington, DC.

Formerly an architect – with a Master’s Degree from the University of California at Berkeley – Ong is a self-taught chef. He is a Top Ten Pastry Chefs in America in Pastry Arts & Design. He’s been named “Rising Star” by Starchefs, a “Pastry Provocateur” by Pete Wells in Food & Wine. He has been featured in Saveur, W, Elle, Vogue, Tatler, and O, the Oprah magazine.  He headlined “The Chef” column in The New York Times for 8 weeks.

His desserts have received multiple 3-star reviews in the New York Times, a Michelin star, and placement in Pellegrino’s the Worlds 50 Best. Ong is a multiple nominee for the James Beard Award in different categories, and is a resident and guest judge on Food Network’s Cake Wars and Sugar Dome, Cake Wars, Halloween Wars, and Bravo’s Top Chef.

After p*ong in NYC, he is a consultant on on all food related business.  Some of his clients include Jean Georges Vongerichten, Max Brenner, 7-11, Tao, Victoria’s Secrets, Häagen-Dazs worldwide.

In 2019, Ong was a finalist for a James Beard Award for Outstanding Pastry Chef.  In the period, he opened Mama Chang with chef Peter Chang in Virginia that made best new restaurant in Washington, DC, and Nihao in Baltimore that made it #4 best new restaurant in America in Esquire.  He is presently at Hotel Wailea as interim Executive Chef.  He is working on his next book about coconuts. 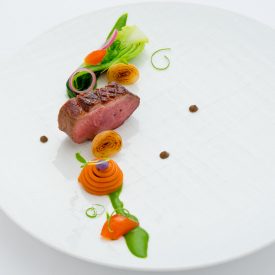 Hawaiian Airlines Presents Now You See It, Now You Don’t