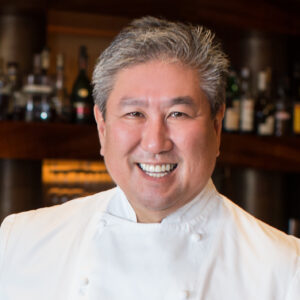 Alan Wong has made a name for himself internationally through his marriage of ethnic-cooking styles with the finest island-grown ingredients, creating local dishes with a contemporary twist. A James Beard Award Winner for “Best Chef: Northwest,” he was one of ten chefs in the United States nominated by the Wedgewood Awards for the title of World Master of Culinary Arts. Bon Appétit has recognized him as the “Master of Hawaii Regional Cuisine,” and Alan Wong’s Restaurant has been ranked by Gourmet twice. It is also the only restaurant in Honolulu to appear in the Top 10 of America’s 50 Best Restaurants.

Wong was the chef/owner of the former Alan Wong’s Restaurant in Honolulu, and is also the author of New Wave Luau and The Blue Tomato: The Inspirations Behind the Cuisine of Alan Wong. Wong is the recipient of the John Heckathorn Dining Excellence Award and a ten-time winner of the Hale Aina “Restaurant of the Year” and Ilima “Best Restaurant” Awards in Hawaii. 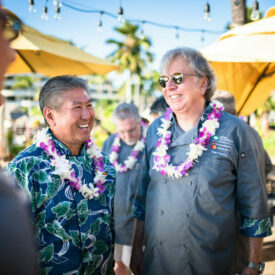