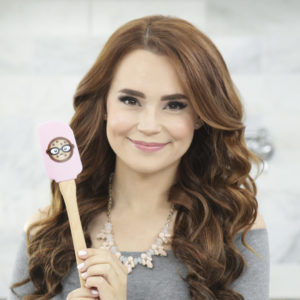 Rosanna Pansino is a producer, actress, baker, YouTube personality and bestselling author. Pansino is the founder and face of the Nerdy Nummies franchise, which currently has over 10 million subscribers and more than 2 billion lifetime views on YouTube.

The Seattle native has over 15 million followers across social media and various product lines, including The Nerdy Nummies Cookbook, which spent 25 weeks atop the New York Times’ Bestseller List.

Pansino’s many awards include The Taste Award for Breakout Foodies of the Year last year, along with Streamy Awards nominations for Show of the Year and Food for Nerdy Nummies. She has also created original recipes and content in partnership with such iconic brands as Star Wars, Sesame Street, Frozen, and Angry Birds.

Pansino has appeared in various acting roles including Disney Channel’s Bizaardvark, NBC’s Parks and Recreation, FOX’s Glee, CBS’s CSI, and the animated YouTube series Broken Quest, in which she stars as Rojo. 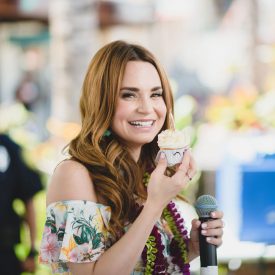 HMAA Presents Keiki in the Kitchen®: Decorate with Rosanna Pansino