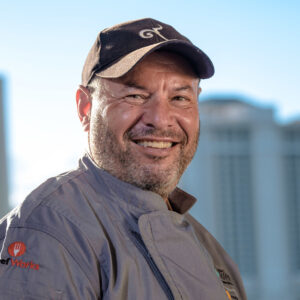 Michael Aeyal Ginor’s eclectic Mediterranean restaurant Lola is hailed as one of Long Island’s best dining experiences. It received top ratings from the New York Times and Newsday, which described the restaurant as “brilliant, volatile, high rise” and the equivalent of “shooting stars.”