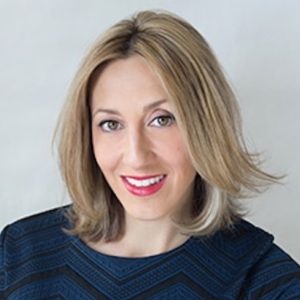 Joanna James’ directorial debut with “A Fine Line,” which she has produced and edited, has led to her passion of filmmaking and sharing people’s stories. James is the founder and CEO of Zoel Productions, an independent film, television and multimedia production company out of New York. Based on James’ experience making this film, combined with years of research and interviews, she developed the MAPP Impact Campaign to increase women in leadership.

Prior to filmmaking Joanna was awarded best environmental reporting by the New England Press Association for an investigative piece she wrote. She interned for the Boston Globe’s National Foreign Desk, and was later chosen to cover the 2004 Summer Olympic Games in Athens for a Greek American newspaper.

As a creative entrepreneur, James owns a patent having invented an exercise product line that went to market to help those in long-term care, mentally ill and with physical disabilities. Having gone from reporter to filmmaker, entrepreneur to women’s rights organizer, now as a wife and mother, James has found her calling. “There is no greater love I have than that for my family, but I refuse to be coerced into sitting on the sidelines instead of having a seat at the table. We need to stop making women choose between doing what they love or who they love. Join MAPP to live your truth and mentor others to do the same.”