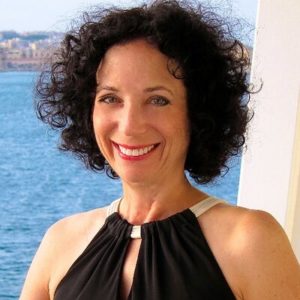 Janice Wald Henderson was the co-creator of Cuisines of the Sun, preceding Hawaii Food and Wine Festival, in the 1990s  as one of the premier culinary events in the country, held annually for 13 years on the Island of Hawaii.

Henderson’s fierce wanderlust, born from one teenage summer solo in Paris, led to decades exploring the world as a food and travel journalist, and to earning four national journalism awards. She’s traveled to 95 countries – some many times over – from the Russian Arctic to Antarctica. Over the last three decades, she has traveled to Hawaii nearly 100 times.

Henderson is the author of two cookbooks, including the best-selling “New Cuisine of Hawaii,” celebrating the chefs who created their take on modern American cooking here. She was the first mainland-based food writer to call attention to the development of this cuisine, with articles appearing in national magazines such as Bon Appétit and Food & Wine. She was also the co-creator and host of Cuisines of the Sun, the premier food and wine event in Hawaii for more than 13 years, bringing many international superstar chefs to the Islands, and simultaneously showcasing the best talent and ingredients Hawaii offers.