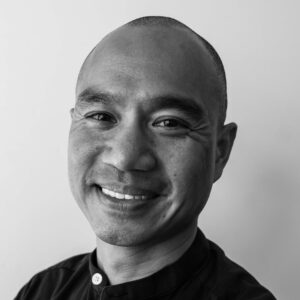 Born in Ubonratchathani, Thailand and raised in Oakland, California, James Syhabout is the Chef/Proprietor of Commis, the only Michelin-starred restaurant in Oakland. Named “Best New Chef” in 2010 by Food & Wine magazine, Syhabout has been recognized not only for his skill and dedication to the culinary arts, but for reviving the dining scene in his hometown of Oakland.

Before opening Commis, Syhabout studied at California Culinary Academy in San Francisco and developed his craft at numerous Michelin starred restaurants around the globe, beginning as Chef de Partie at Manresa (Los Gatos, California). Within a few months, Syhabout advanced to Sous Chef, where his close work with Chef David Kinch inspired his interest in different European cuisines and international culinary practices. After two years at Manresa, Syhabout ventured out to continue his culinary education in Europe, where he worked with Chef Heston Blumenthal at The Fat Duck (Bray, United Kingdom), followed by Mugaritz in the Basque country, near San Sebastian (Gizpuzkoa, Spain). Syhabout stayed in Spain as Chef de Partie at Alkimia cooking new Catalan cuisine, before spending a season at Ferran Adria’s ground-breaking restaurant El Bulli.

James Syhabout returned to Manresa as a consultant—training, working, sharing and developing new ideas from his experiences abroad. In 2006, Syhabout joined Chef Daniel Patterson to open Coi in San Francisco. Following Coi, Syhabout was scouted by the Plumpjack Group to fill the Executive Chef position at their flagship restaurant, Plumpjack Café. Within the first year, he earned a three and half star review from Michael Bauer in the San Francisco Chronicle and was recognized as a “Rising Star Chef” by San Francisco Magazine, San Francisco Chronicle and StarChefs.

After garnering numerous accolades at Plumpjack Cafe, Syhabout was recruited back to Manresa in the highly coveted role of Chef de Cuisine. His return to Manresa was largely motivated by the restaurant’s involvement with Love Apple Farms and grower Cynthia Sandberg. The biodynamic farm provided bountiful heirloom varieties of vegetables, fruits, herbs, edible flowers and seeds grown solely for the restaurant. Syhabout’s involvement with the farm was a collaborative effort with Cynthia, focused on finding seeds of rare varietals and selecting what to grow for the restaurant through the changing seasons. His experience working with Cynthia shaped his vision when developing menus with a true farm-to-plate approach.

In 2010, Syhabout’s travels, studies and varied culinary experiences culminated in the launch of his first solo project, Commis, the first fine-dining restaurant in Oakland, which was promptly awarded with one Michelin star mere months after opening (and now retains two stars). 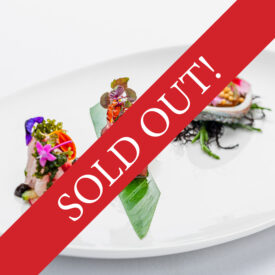