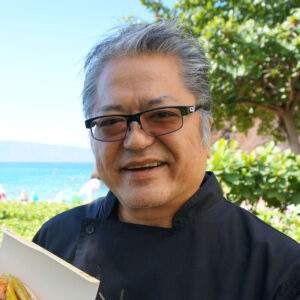 Henry Adaniya’s switch from fine dining to hot doggery was anything but conventional. Born in Los Angeles, Adaniya grew up in Chicago where he created a legacy as owner of the renowned Mobil 5-Star Restaurant Trio (1993-2006).

To realize another lifelong dream, Adaniya returned to his family’s roots in Hawai‘i and opened Hank’s Haute Dogs in 2007. Innovative creativity and unique vision are Adaniya’s trademarks as he once again turned ordinary into extraordinary.

Hank’s Haute Dogs was named in Bon Appetit’s “Best New Places for Hot Dogs” list. In addition, Gayot placed it in its Top Ten Hot Dog Places list and the hot dog joint has been aired on Diners, Drive-In and Dives; Man vs. Food Nation; and Unique Eats.