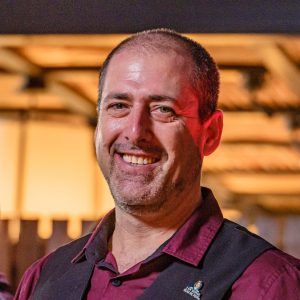 Dave Thor Newman is the owner and bar manager of Pint and Jigger in Honolulu, Hawaii. The bar opened to critical acclaim and has garnered multiple awards in its first year of operation. Pushing the envelope of bartending not only in Hawaii, but across the mainland as well, Newman has received national recognition for his progressive approach to creating drink lists and his forays into sous vide cocktails. At Pint and Jigger you can find a rotating expression of this technique on his menu, as well as many more of his signature creations.

Newman’s work as the president of the Hawaii chapter of the USBG goes beyond promoting the cocktail culture on the islands. His dedication to raising money, whether for a national disaster or a local cause has not gone unnoticed. He views the new found spotlight on bartending as a means to give back to his community, which can be seen in his cocktail ideology to incorporate local ingredients and flavors whenever possible.