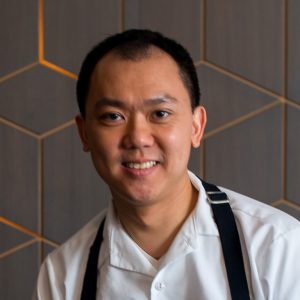 Chung Chow, Chef de Cuisine and co-owner of Noreetuh is a classically French-trained chef who has spent a majority of his career with the Thomas Keller Restaurant Group in both casual and fine dining operations, first at Bouchon Bistro in Yountville, California and later at Per Se in New York.

After three years as the Sous Chef at Per Se, Chung left to assist Chef Jonathan Benno in opening Lincoln Ristorante at Lincoln Center.

Born in Hong Kong and raised in Honolulu, Chung takes a personal interest in the cuisines and cultures of East Asia and the Pacific Rim. He has spent a number of years living in Japan and traveling throughout Korea, immersed in the culture, language and food.

Chung graduated with an Associate’s Degree from the Le Cordon Bleu program at the California School of Culinary Arts and a Bachelor’s Degree in Japanese Language from the University of Hawai‘i at Mānoa. 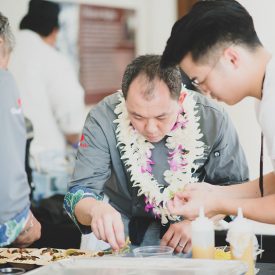