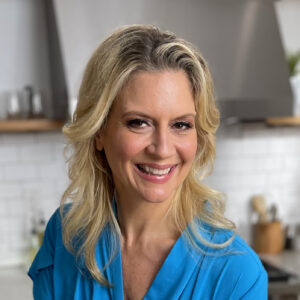 Born and raised in New Jersey, chef, television personality and author Amanda Freitag has become a culinary maven. Following her graduation from the Culinary Institute of America, Freitag worked in a diverse mix of restaurants in New York City, including Jean-George Vongerichten’s Vong, Verbena, Il Buco, Cesca, and The Harrison, running the culinary gamut of Mediterranean, Italian and Classic American. She sharpened her skills through world travel, including working under Chef Alain Passard in Paris, and continued expanding her culinary expertise into a variety of international cuisines.

Outside of the restaurant business, Amanda Freitag has become a household name for her work both on and off the television screen. She is well known for being a judge on Food Network’s “Chopped” and has appeared on “Iron Chef America”, “Next Iron Chef”, “Unique Eats”, “Beat Bobby Flay,” Guy Fieri’s “Tournament of Champions,” and more.

Freitag’s mission to make cooking more approachable inspired the creation of her cookbook “The Chef Next Door,” her set of five unique spice blends, a collection of soon-to-be-released bottled cocktails, and other ongoing culinary projects. She has also earned notoriety on social media for her tutorial series “EasyAF,” where she shows audiences that delicious food can be fun and simple to make in the comfort of your own home.