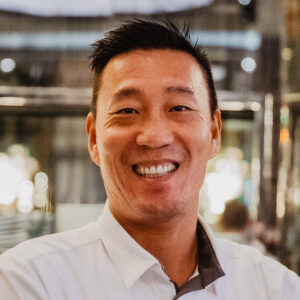 Akira Back - The Colony, TX

Akira Back, the name that is synonymous for cutting cuisine and exquisite taste in the restaurant and hospitality industry. A first-class and world-renowned idealist who is a revered chef and has triumphantly built a global empire over the past two decades spawning 22 cutting edge locations operating around the world with more on the horizon. In addition to his lengthy resume and accolades that continue to mount, Back is persistently on the forefront of innovation and artistry.

Born in Seoul, Korea and raised in Aspen, Colorado, Akira Back moved to the rocky mountain state at the age of 15-years-old for his father to pursue the family business. Back picked up snowboarding as a hobby which led him to pursue the professional circuit where he appeared in a handful of extreme sports movies and garnered praise from the sports top trade publications. During this time, Back began working at a local Japanese restaurant to supplement his income.  After seven years on the pro-snowboarding circuit, Back realized that he felt the same thrill in the kitchen as he did on his board, shaping his decision to pursue a full-time culinary career.

Back attended and completed his cooking education at the International Culinary School at The Art Institute based in Colorado, establishing the framework of his technique and amplifying his knowledge of Asian cooking, allowing him to incorporate his artistic vision and Korean heritage. Combining his passions for adventure, travel and culinary exploration, Chef Back opened the world renown Yellowtail Japanese Restaurant & Lounge located inside the Bellagio Resort & Casino in Las Vegas.

His repertoire of restaurants includes, Akira Back, his namesake restaurant, known for its limitless creativity in reshaping modern Japanese dining to create a distinguished experience, continues to span across the globe with locations in Paris, Dubai, Toronto, Singapore, Dallas, Delray Beach, Bangkok, Hanoi, Seoul with new venues on the cusp in London, Istanbul, Florence, Doha, Boise, Marrakech and Riyadh expected within the next 2 years.

Chef Back’s strategic partnerships have emerged new creations including his revolutionary restaurant located in Beverly Hills, ABSteak, that is a modern Korean BBQ steakhouse with new locations sprouting in London, San Francisco, and Riyadh. His most distinctive concept, ABar, located in Singapore and Bangkok and opening soon in London features an artistic cocktail program with a contemporary approach to the classics and avant-guard masterpieces. DOSA, Chef Back’s Michelin star award-winning concept is moving from Seoul, Korea to London, England.

Continuing to add to his extensive portfolio, Chef Back has partnered with United Arab Emirates theatre group, VOX Cinemas, to lead the VIP dining experience of the Middle East’s largest and most rapidly growing exhibitor. At North Island, Seychelles, a private luxury resort, Chef Back has taken the helm of wielding the island’s culinary experience overseeing all dining aspects. He is also a Senior Advisory Members on the Board of Directors for the multibillion-dollar economic development project, Prospera, on Roatan island in a partnership with the government of Honduras.

In addition to being a Michelin Star award winning Chef, he has had the distinct honor of participating at prestigious James Beard House dinners over 10 times. He has cooked for dignitaries across the globe including the Dalai Lama, Bill Clinton, the royal family of England, Prime Ministers, Sheiks, Presidents, and limitless celebrities. Chef Akira Back has had extensive broadcast experience, appearing on Food Network’s “Iron Chef America”. Chef Back has also been seen on NBC’s “The Today Show,” Food Network’s “Best Thing I Ever Ate,” The Cooking Channel’s “United Tastes of America,” as well as KBS’ “Success Mentor” which airs in Korea.